The gear needed for wardriving

PoshMag1C0de
Great Unwashed
Posts: 5
Joined: Wed Oct 31, 2018 9:00 pm
True though I did it so I can start up the server when I want and shut it down when I am done and shutdown pie gracefully instead of just powering off and on. I do have it configured to where if I wanted it can autostart. Also, in the new 2018 B1 they include a systemd script that can be used with the older version of Kismet as well if you want. Thinking of using that and systemd as my starters as well.
Top
Re: Rasberry Pi
Quote

PoshMag1C0de
Great Unwashed
Posts: 5
Joined: Wed Oct 31, 2018 9:00 pm
Nope, that was another issue. Plus the new version is not complete and missing a whole lot of stuff the old one catches so I use the old one still.
Top
Re: Rasberry Pi
Quote

Coder_Fox
Great Unwashed
Posts: 3
Joined: Sat Jan 26, 2019 9:25 pm
Just a general knowledge post.
While building a raspberry pi set up (or on any platform with no integrated GPS) most people recommend the GlobalSat BU-353-S4. But when I was building my set up the 30$ price tag was kind of high (this is almost a raspberry pi or a new wifi adapter). So, I found a method of building the same thing but for 3$. I didn't find any place describing anything similar so I'll post it here. Basically what I saw while looking at people setting up the GlobalSat receiver is that they use a Prolific PL2303 USB-UART driver. The word UART is an immediate hint on the fact that the GPS chip actually has nothing to do with USB and communicates using a Serial port. So, what I did is I found a UART GPS module which was the NEO-6M board (2.5$ on aliexpress) and soldered it to a CH340G USB-UART converter(0.5$ on aliexpress).
NEO-6M -----> CH340G
GND -----> GND
VCC -----> VCC or 5V or 3V3
TX -----> RX if correctly labeled TX if inverted labeling.
If the CH340G board has a voltage jumper select 3V3.
After connecting this contraption to a raspberry pi I've rut the generic:

strasharo
Deluxe Net Hugger
Posts: 50
Joined: Mon Oct 20, 2008 9:06 pm
Could you, please, post a photo of the wiring for the module? It would help a lot of folks who are not familiar with that part of the equation like me for example.

Thanks.
Top
Re: Rasberry Pi
Quote 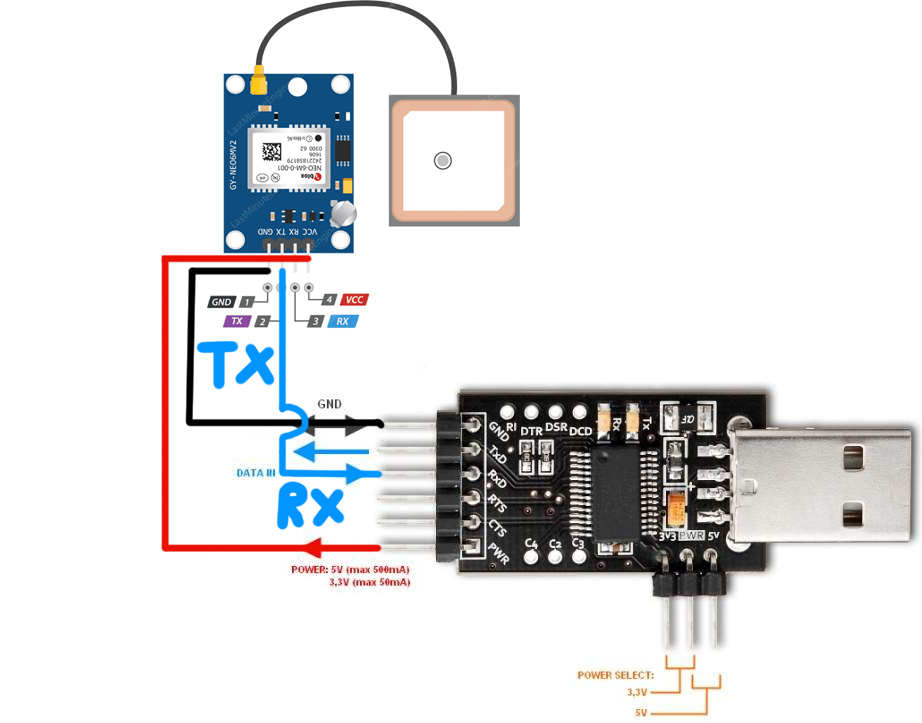 strasharo
Deluxe Net Hugger
Posts: 50
Joined: Mon Oct 20, 2008 9:06 pm
Thanks a lot. Is there a way to connect it directly to the GPIO or it's mandatory to go via the USB through CH340G?
Top
Re: Rasberry Pi
Quote 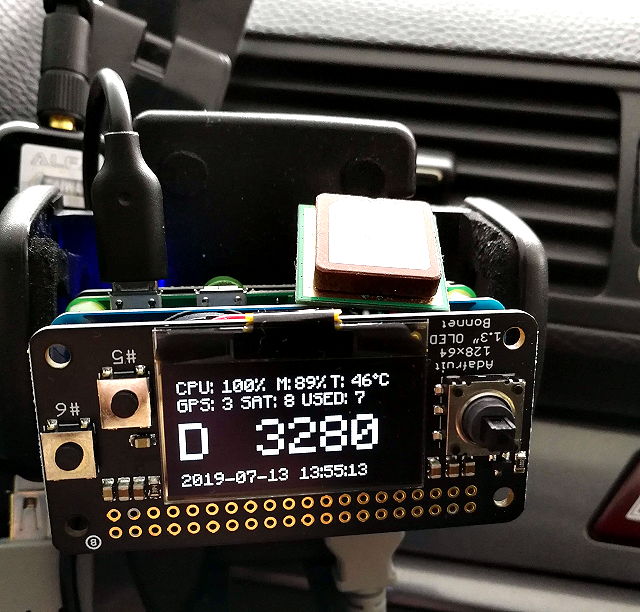 full guide on how its made: https://www.designer2k2.at/de/mods/elek ... ving-setup
Top
Re: Rasberry Pi
Quote